The kerosene lamp was invented in 1853 by Ignacy Łukasiewicz, a Polish chemist and pharmacist, and later an entrepreneur and a social worker, coming from an impoverished noble family from Podkarpacie. He made Poland and Poles famous with this invention and it was this invention that changed the world and started the era of better lighting available on a large scale. 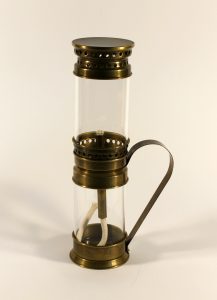 The first kerosene lamp flared on July 31, 1853, illuminating the operating room of the Piarist hospital in Lviv. Władysław Cholecki, operated patient, had bad luck. To this day, it is not known exactly what disease has knocked him out. It is only certain that in the evening of July 31, 1853, he came to the hospital in Lviv and required urgent surgery. The patient’s misfortune laid in the fact that when the doctor decided there was a need for immediate surgery it was already dark outside. And 160 years ago, it meant that you had to wait until the morning with the intervention of the surgeon. Cholecki was also very lucky. His surgeon, Zaorski, did not gave up but decided to try out the latest invention, which was still not heard of in Lviv. That night, the strong light of an kerosene lamp was lit in the halls of the Lviv Main Hospital. The operation was successful, Władysław Cholecki recovered and probably led a normal life. The nighttime duty of the Lviv surgeons started to make sense. The life of the inventor Ignacy Łukasiewicz has changed irretrievably.

In the following months, thanks to the involvement and entrepreneurship of Ignacy Łukasiewicz, kerosene lamps and paraffin itself, being a source of new, better light started to reach mansions, houses and under the thatched roofs as well as offices, banks, factories and streets. The world’s first street kerosene lamp burned in Podkarpacie, Gorlice, at the intersection of Węgierska and Kościuszki streets, and the inventor himself, Ignacy Łukasiewicz, moved from Lwów to Bóbrka in Podkarpacie to continue research work and launch paraffin production on an industrial scale in the mine, which he there launched.

Few know that this man, apart from active scientific and then mining activity, was also a great patriot and social worker – as a support in 1866 he founded the first insurance institution in Poland and this part of Europe, and at the same time a workers’ union under the name “Kasa Bracka”, creating in this way a financial support tool for the poorest.

The period of the highest prevalence of kerosene lamps is dated to 1860-1920. The light of the kerosene lamp was not much better than a long known oil lamp or a water boiler, but the fuel was easily accessible and cheap, thanks to which it became a massive lighting medium that even the poor population could afford. The kerosene lamps were still being refined, and their new lenses in 1855 were patented by the Viennese Rudolf Dittmar. His label soon became the largest plant in the entire Empire, and in Europe more started to emerge: in Budapest “Lampagyar”, Leipzig “Hugo Schneider”, Germany “Carl Holy”, “Wild and Wessel”, “Rosa Brenner”, “Otto Miller”, “Kaestner and Toebelmann” and France “Bec Gladiator”.

In the late nineteenth and early twentieth century, every house had an kerosene lamp. There were lamps available in various shapes and sizes, from simple, stable, to exclusive, richly decorated, which only wealthy people could afford. They illuminated private and public spaces, often being a symbol of wealth and style.

Today the fashion for kerosene lamps is returning. Although we have access to electricity, the lighted kerosene lamp gives the interior a unique charm and vibe, which cannot be achieved with an electric lamp. Handmade of high quality brass, glass, and sometimes natural stone lamp is an artistic product, which is an extremely noble accent in the interior. It perfectly adorns stylish interiors and, as part of fashion for eclecticism, it also blends in with contemporary and even modern interiors, introducing an intriguing accent and a breath of nostalgia. 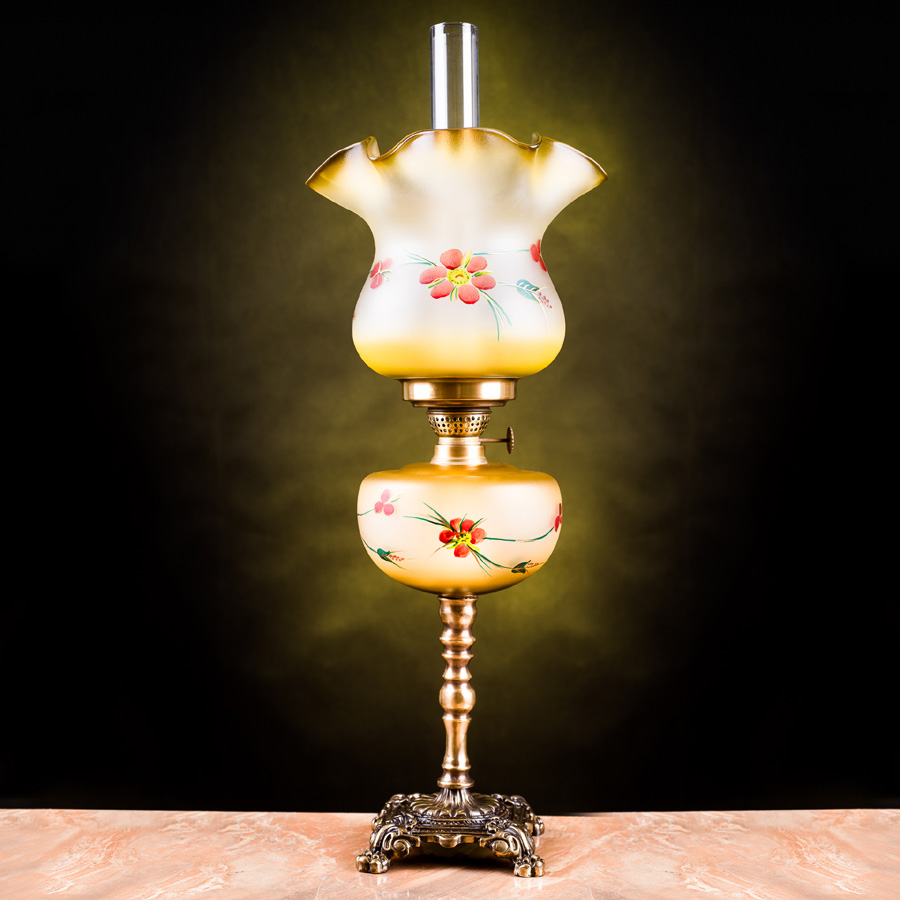 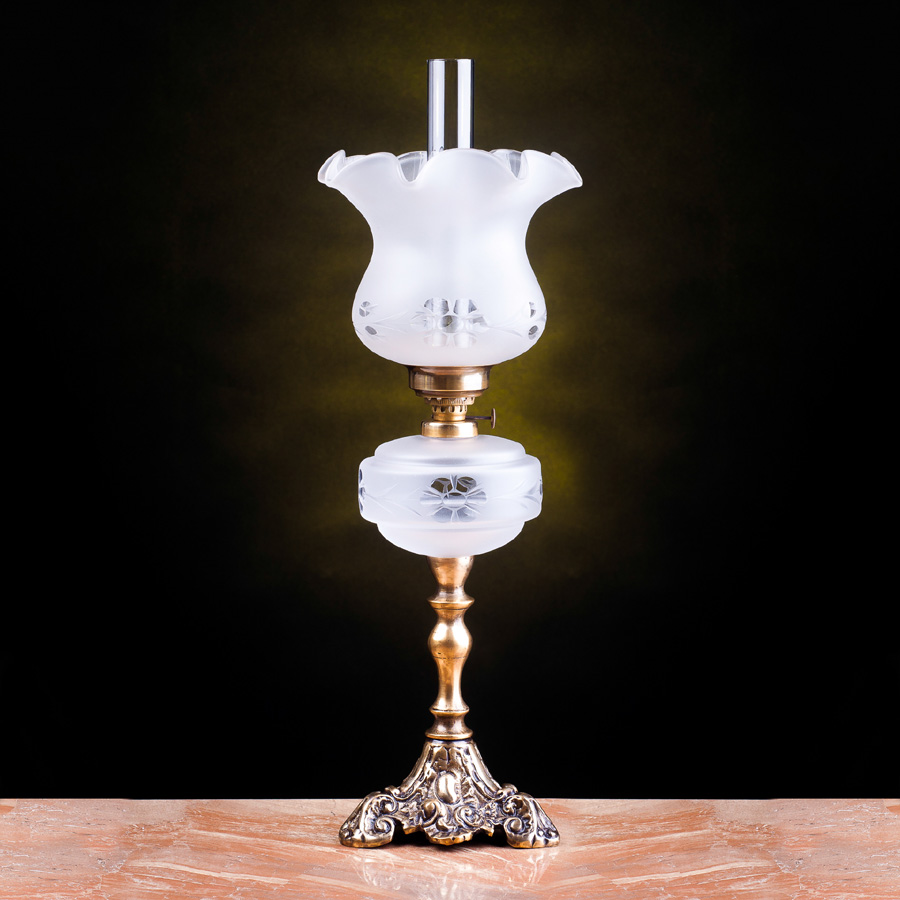 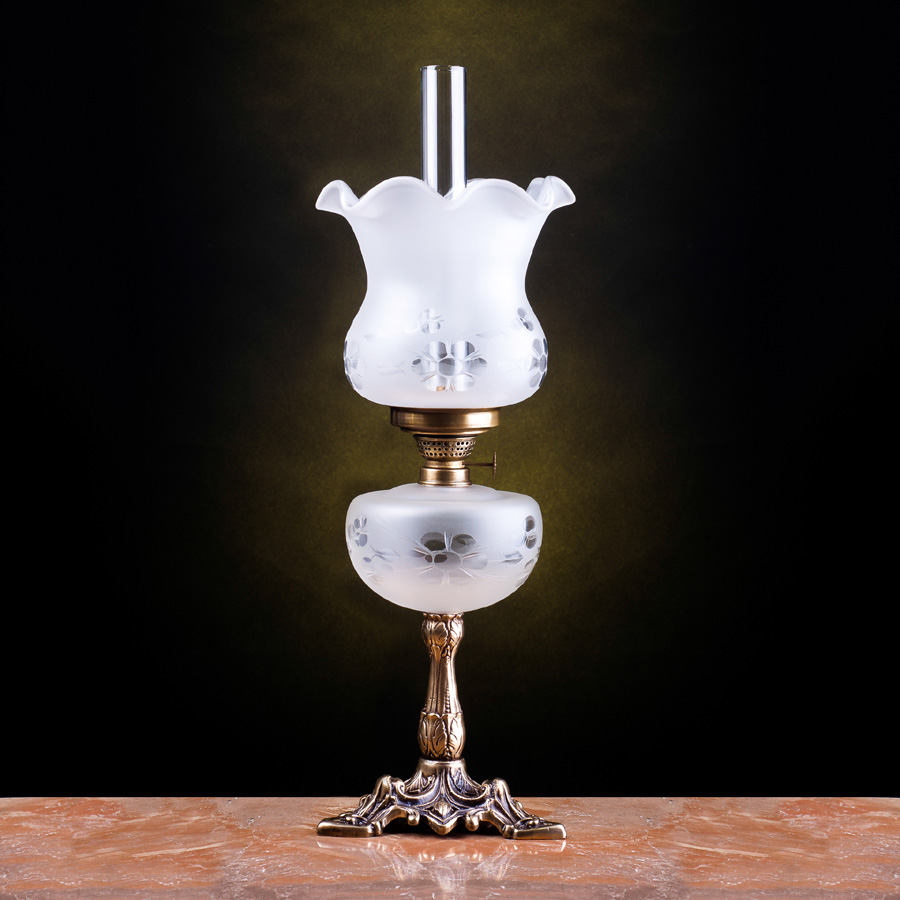 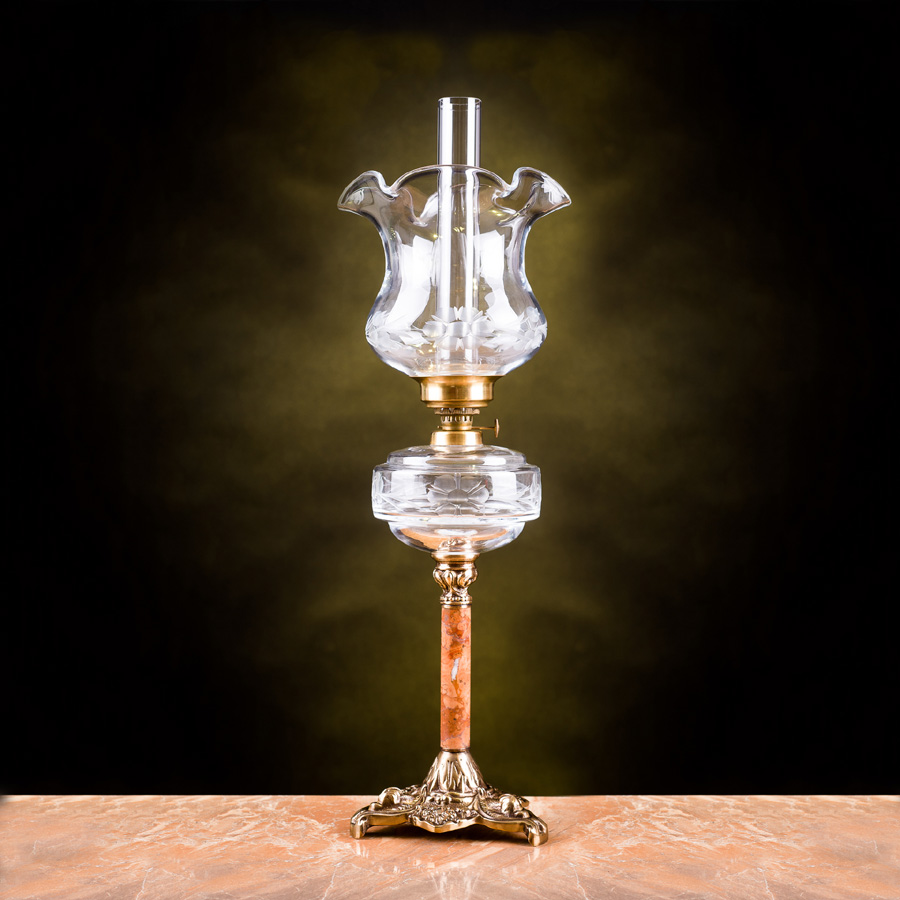 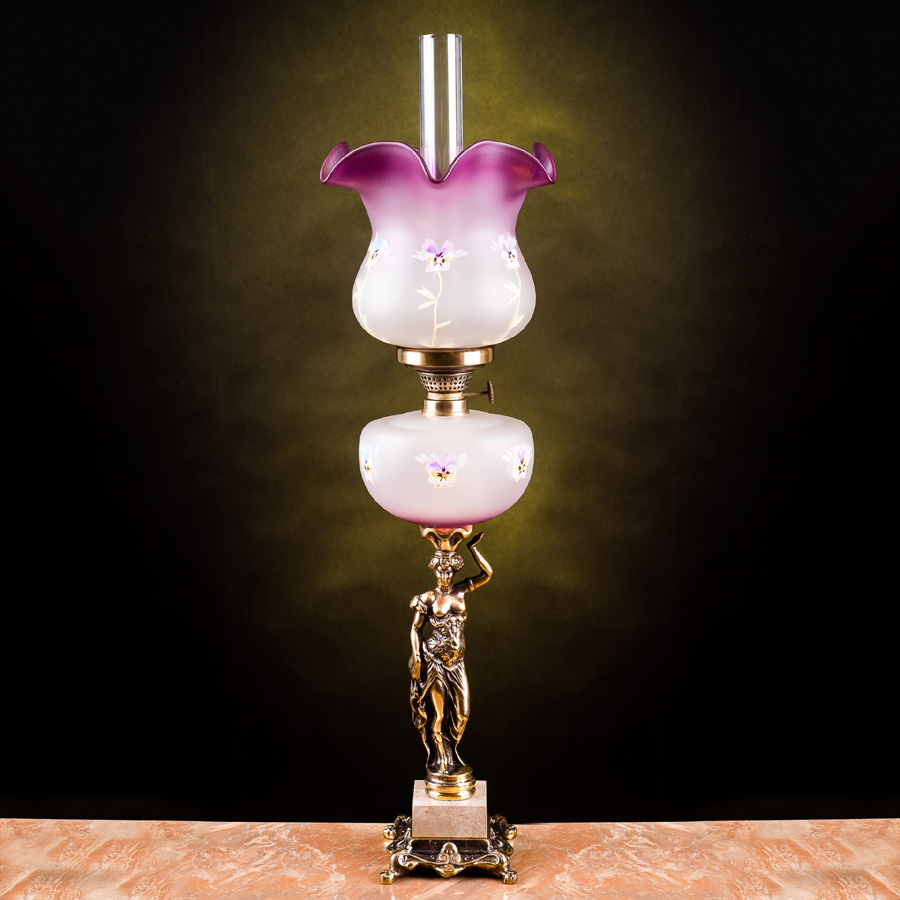 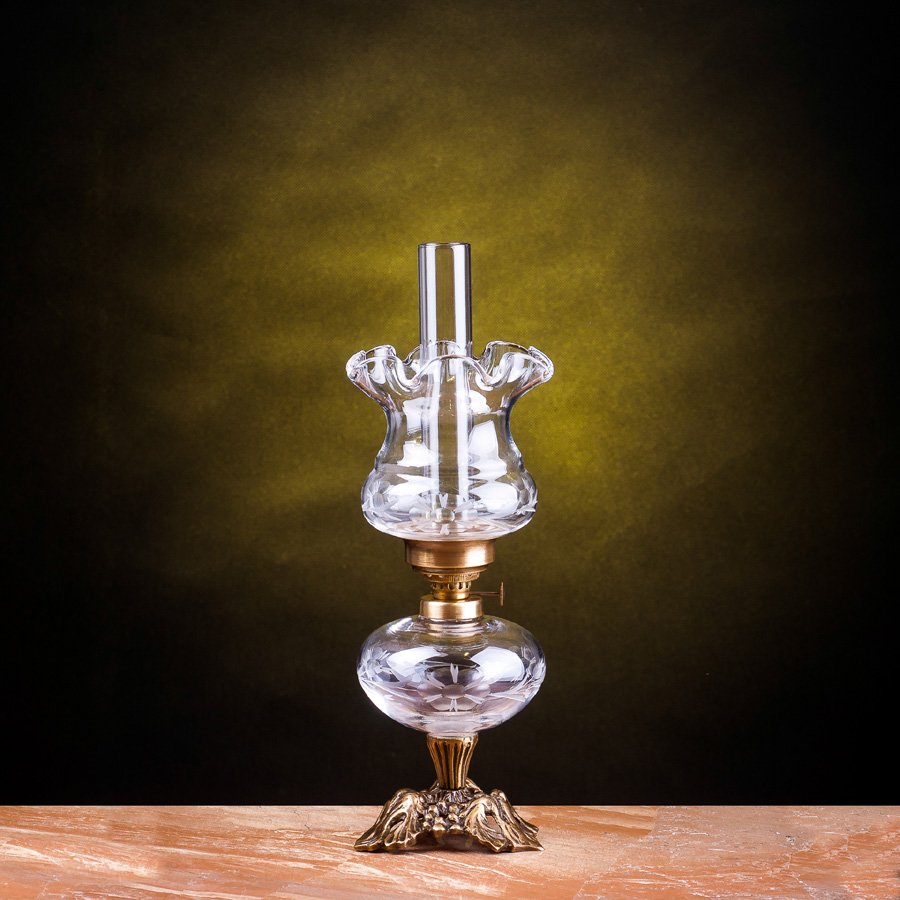 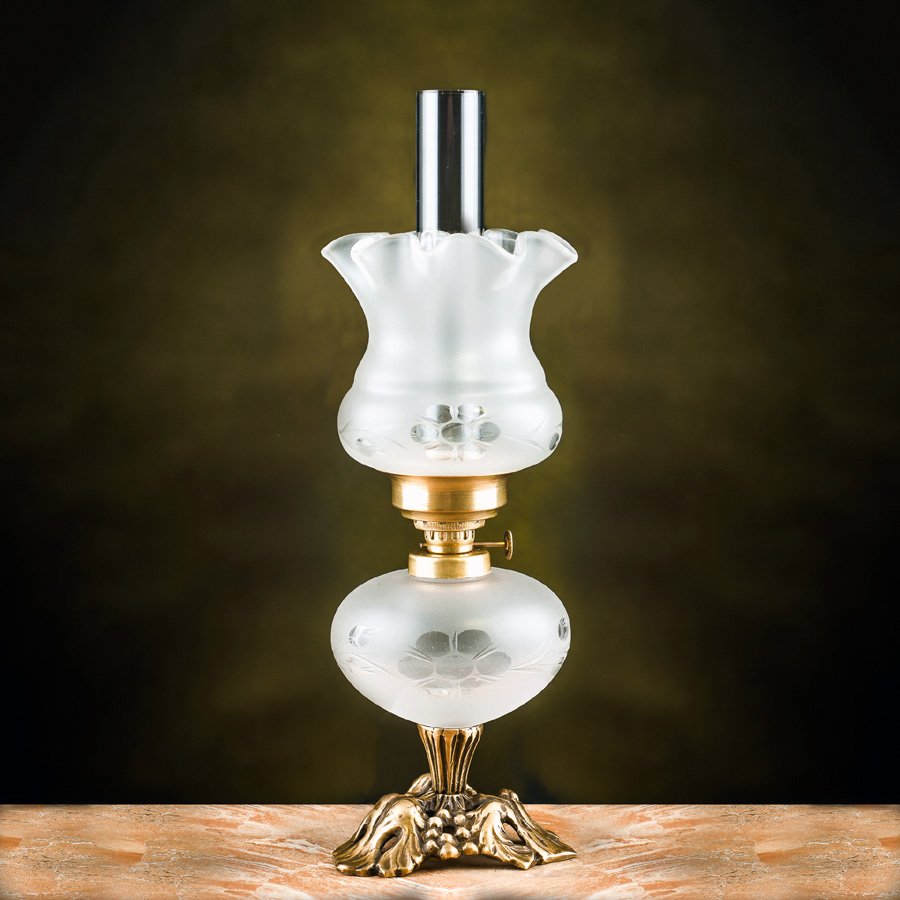 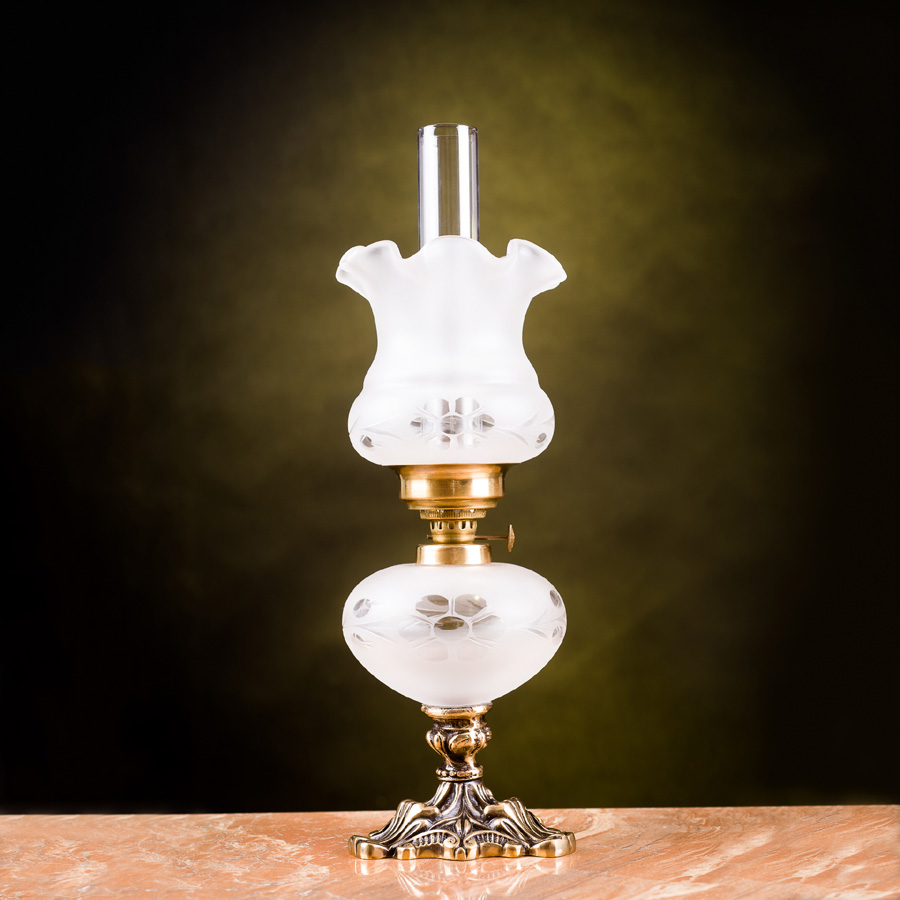 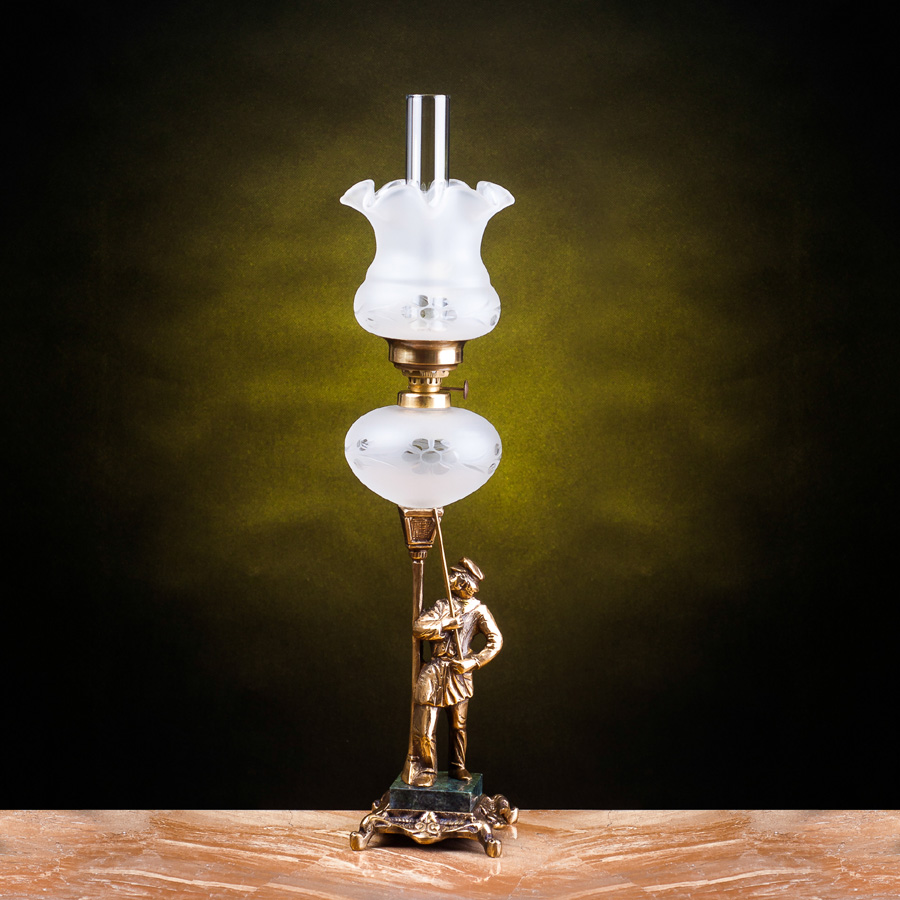 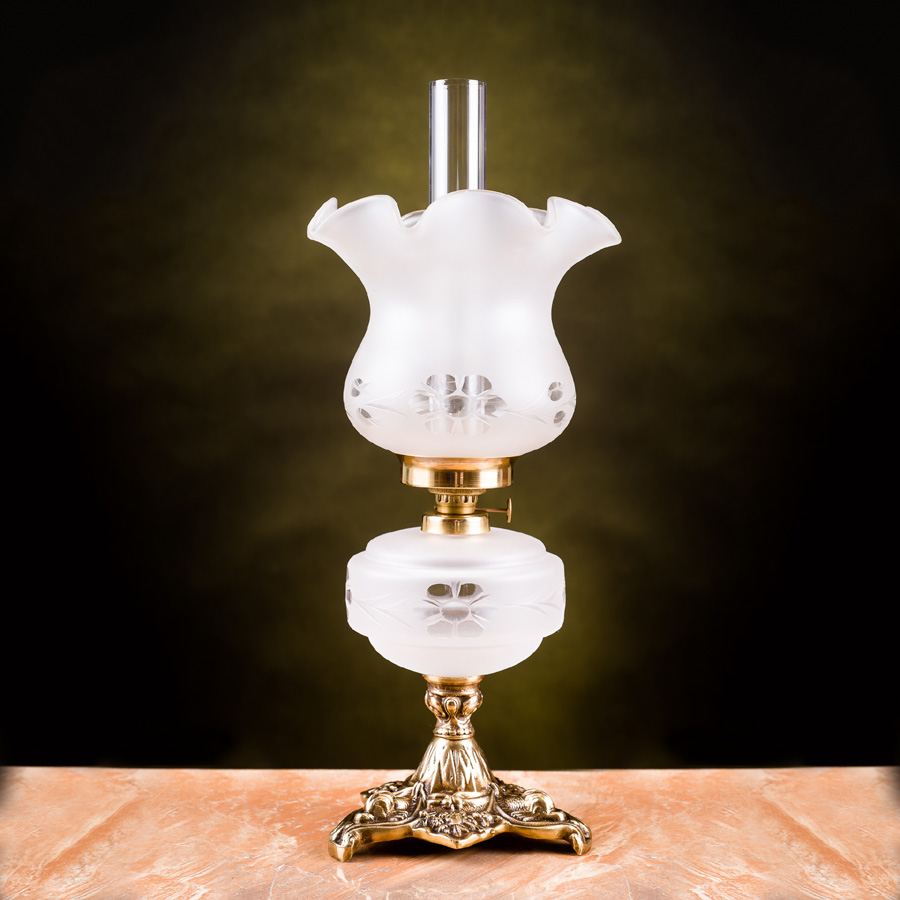 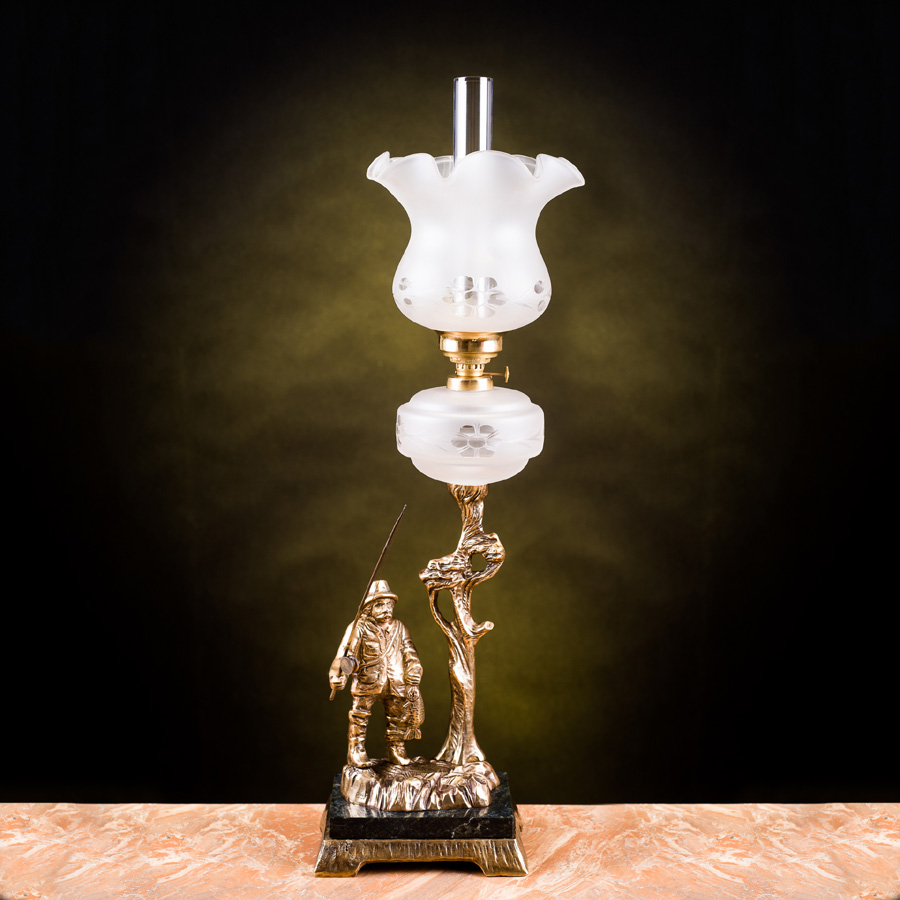 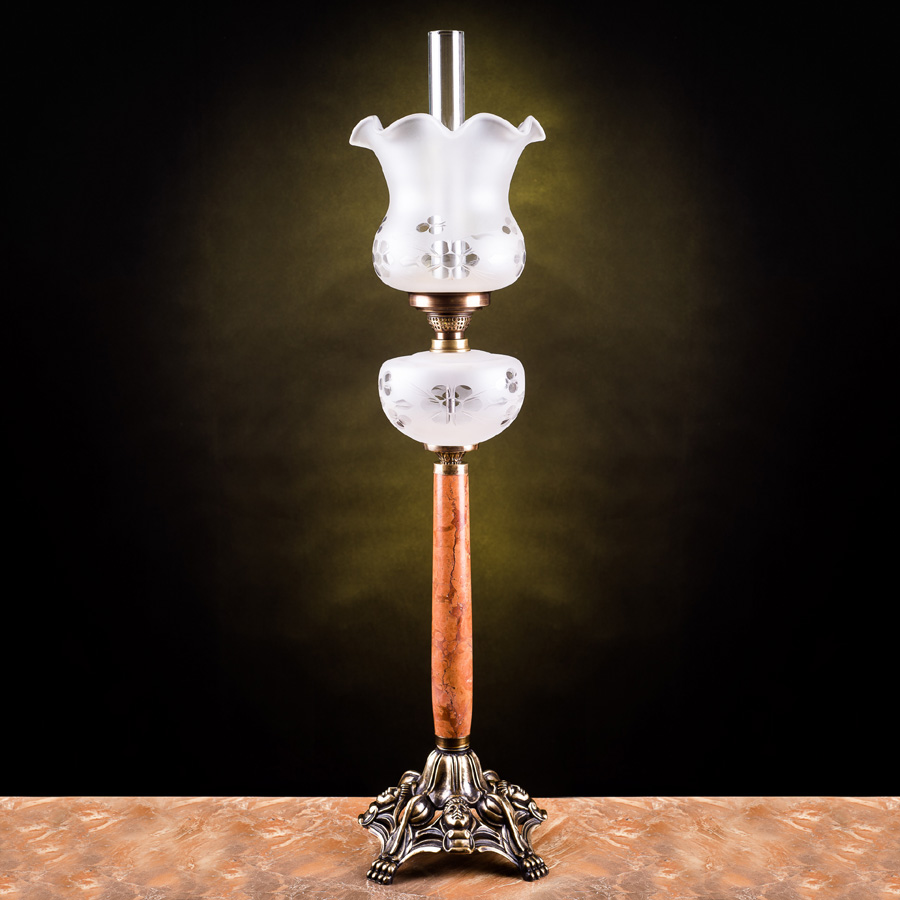 Discover the elements of a kerosene lamp 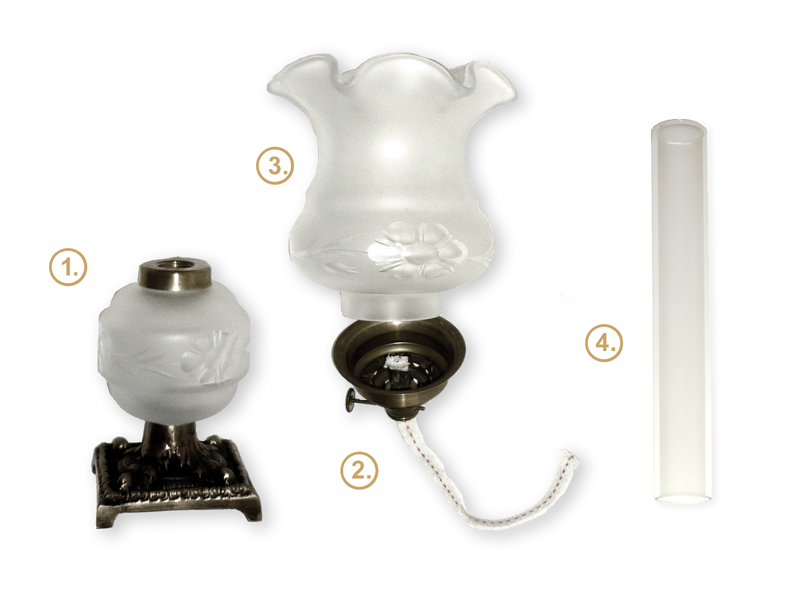 How to start a kerosene lamp?

Despite seeming quite difficult it is very simple. All that has to be done is:

The intensity of the flame depends on the height of the wick. You can reduce or increase it using the knob. Flame cannot be too high because it can lead to incorrect burning of kerosene.

What to take care of while using a kerosene lamp?

By filling in the form below I give consent for my personal data to be processed for the purposes of contact concerning a query action. Submission of personal data is voluntary but it is necessary to process the query. I acknowledge that I understand that the controller of the personal data is Stylmark Barbara Szczepanik, ul. Powstańców Warszawskich 21/2, 38-400 Krosno, Poland and that I have the right to access my data and alter it at any time as well as to request to cease processing the data (according to art. 6 par. 1 letter a of GDPR – General Data Protection Regulation).

It is worth knowing that…

Kerosene lamps are made on order. The molds in which the brass elements of lamps and dishes are cast are made by hand. This means that each form has its own individual character and... (read more)